Star Tree is a simple
but accurate collection
of all those stars, which,
due to their intense colouring,
reveal, with infinite astonishment,
how much the starry sky
can be colored!

Considering that the colours of the stars,
in their infinite shades of yellow, orange and red,
mainly recall the classic shades of autumn leaves,
I liked to read metaphorically their research
on the celestial vault as a search for
many coloured autumn leaves. 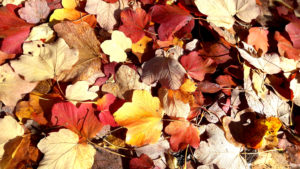 Who thinks that visual observation of the sky
is in black and white and therefore
chromatically unattractive, through this small “star box”
can do nothing but change your mind!

The collection, which continues to grow overnight,
has so far about 400 stars and pairs of stars:
about 350 binary and prospective stars,
and a few dozens of carbon variables.

All its 400 stars scattered out of a total of 46 maps
with stars up to the magnitude +8.5
at first glance will seem almost absent;
however, together with the brighter Messier and NGC objects,
they will be able to fill even more of the celestial vault
with countless treasures to observe!

The work will certainly contain some mistakes,
and probably graphically it can be improved,
but only later I thought it wasn’t a bad idea
to share it with all of you, as I do now here!

Like every tree, the Stars Tree is alive,
so at the end of each year I will publish
the updated version of the maps
with all the stars added later.

Finally, the work will find its conclusion
through an attached synthetic catalogue
containing the most important data and,
of course, the chromatic description
of each colored star contained therein.

The colours described are those observable
through a 12” dobson telescope.

Colorful skies!!
Now they really are!!